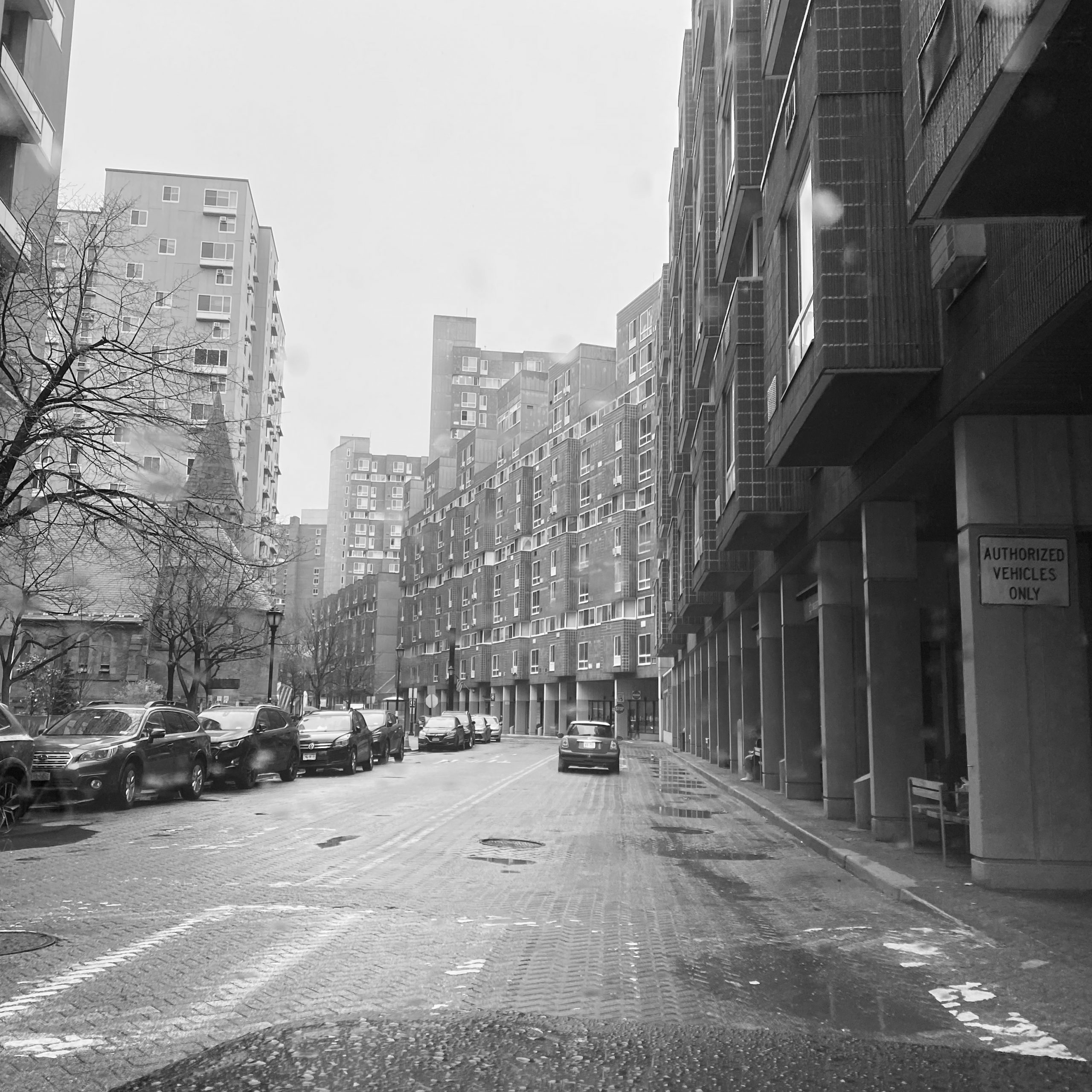 I spent the weekend playing around Roosevelt Island, the tiny island in the East River between Manhattan and Queens. It’s an amazing place, which feels like another world. Accessible by the F train, Tram, ferry, and car you can get to it, but it isn’t easy.

At the southern end is the Franklin D. Roosevelt Four Freedoms State Park designed by Louis Kahn in 1974, but only brought to life in 2012.

But what’s always special is the urban design of Roosevelt Island. It’s decidedly 1970’s in many ways (both good and bad): there are giant colored tubes, lots of concrete, and a failed idea to keep vehicles off Main Street. The master plan (PDF) is by Philip Johnson and John Burgee and it’s grown on me.

First, let’s take a moment and acknowledge how problematic Johnson is. He was an outright supporter of Nazis, an apparently unreformed fascist, and surrounded himself with the most unseemly of characters. So let’s acknowledge his horribleness while we look at the spaces and urbanism he helped bring to life.

We hosted a Jane’s Walk on May 5th to discuss Roosevelt Island street furniture.

The urban plan is basically a single mainstreet down the spine of the island with apartment buildings branching off, with pedestrian space on the riversides. This creates a narrow canyon of compression in the middle, with release by either going under, through, or besides buildings to the riverside. I can’t make up my mind if Main Street is too narrow or just right.

After having crossed the bridge from Queens, you arrive at the Motor- gate at the north end of town. Here you leave your car and transfer to the minitransit system—which may be electric, air-cushioned, horizontal elevator, or a combination of these.

From the urban plan, here is how they describe the future small town:

Main Street, the spine of the Island Town, is where the action is. Here are shops, kiosks, minitransit stops-and 12-story apart- ment buildings angled to lend curiosity to the streetscape. In addition to the 5,000 residential units we plan to build on the island, there will be:

How the urban plan came to life

Here’s how some of the urban plan has come to life.

1,003 units, Eastwood is the largest residential complex on the island made up of ten connected buildings

1,003 units, Eastwood is the largest residential complex on the island made up of ten connected buildings