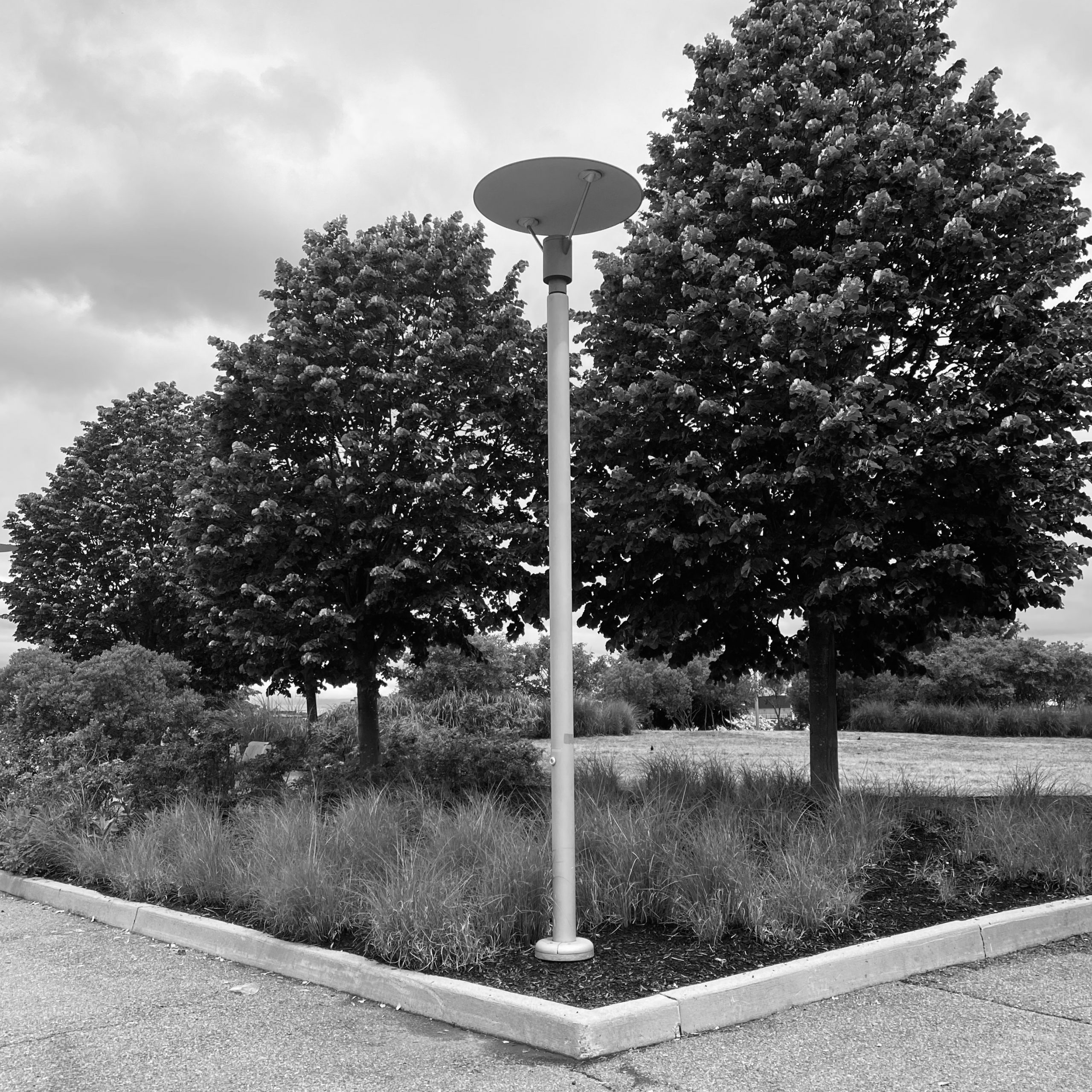 Not blinding us by light

A “modern” looking streetlight with an indirect light found in parks.

Primarily in parks, on the edge of planing beds.

Only in the Erie Basin Park in Red Hook, Brooklyn.

The Erie Basin Park is a privately-owned public space (POPS) created in 2008 as a concession of IKEA converting the Erie Basin shipyard to parking and the first NYC Ikea in the neighborhood of Red Hook in Brooklyn, NY. The park is a mix of green space, hardscape, and interpretive spaces illustrating the maritime past. The conversion wasn’t without controversy, as there was a big push to keep the maritime trade active and not convert away industry for low-cost Swedish furniture. My recollection of the area was that the shipyards had fallen on some disuse even if the Todd Shipyard was an active ship repair facility dating back to the Civil War. It was a policy decision by the then Bloomberg-administration which had some second thoughts.

The manufacturer of the Pole Mounted Indirect Lighting featured here han’t been identified, but there are many examples of this type, with it’s circular crown and minimal luminaire. This type of fixture is a good example of the modern go-to when a more historical teardrop or Type B fixture isn’t aesthetically aligned with the overall design of the area.

There are two different metrics we need to look at: the macro site and historical, and then the actual streetlight itself.

Adaptively reusing a shipyard generally means demolishing existing buildings and docks, wasting the embodied energy of the existing warehouse structures. On the other hand, these areas often need substantial environmental remediation through the years of pollution, cleaning up lead, asbestos, and other materials we don’t want in our waterways. In this case the decision not to adaptively reuse the existing buildings and to fill in the existing graving dock required substantial embodied energy and carbon emissions, the resulting plantings probably won’t counterbalance throughout the lifecycle of the park.

For the streetlight itself, it appears that the luminaire is a LED which reduces the overall carbon and lifecycle cost.