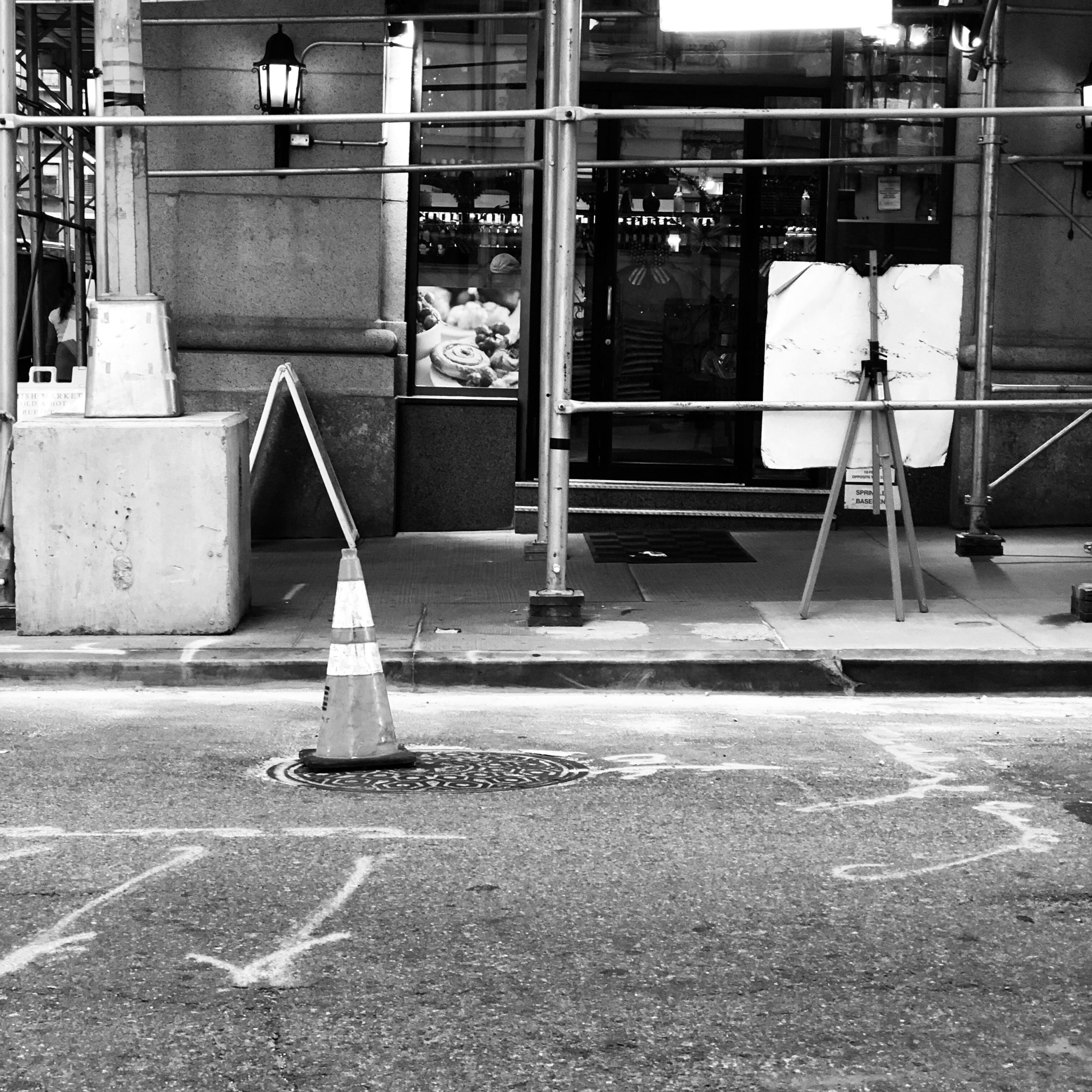 Throughout the five boroughs.

Just like the close cousin Protectus dolium (Construction Drum/Orange Barrels) the P. conus is everywhere – be it next to a construction site, or in a pothole, P. dolium is another workhorse in safety protection.

What I find most humorous, is that at some point these cones almost act as common property: it’s fairly common to see ConEd cones used by film shoots to reserve parking spaces, or MTA cones being used by bodega owners to guard open sidewalk hatches.

Traffic cones were invented by American Charles D. Scanlon, while working as a painter for the City of Los Angeles. He holds US Patent US2333273A.

There are standard sizes found throughout the US, generally regulated by state and federal law. These sizes are:

The use and wear of the common cone is hard to quantify with precision. According to manufacturer data, the average lifespan of common cones are two to three years. However, these cones often do not last more than one year as many are stolen or wear out. 5According to manufacturer data Cuttill estimates that at least 6 million cones a year are sold throughout the United States.

This isn’t even accounting for the miles of asphalt and concrete (either new or repair) which the common cone is designed to protect us from.