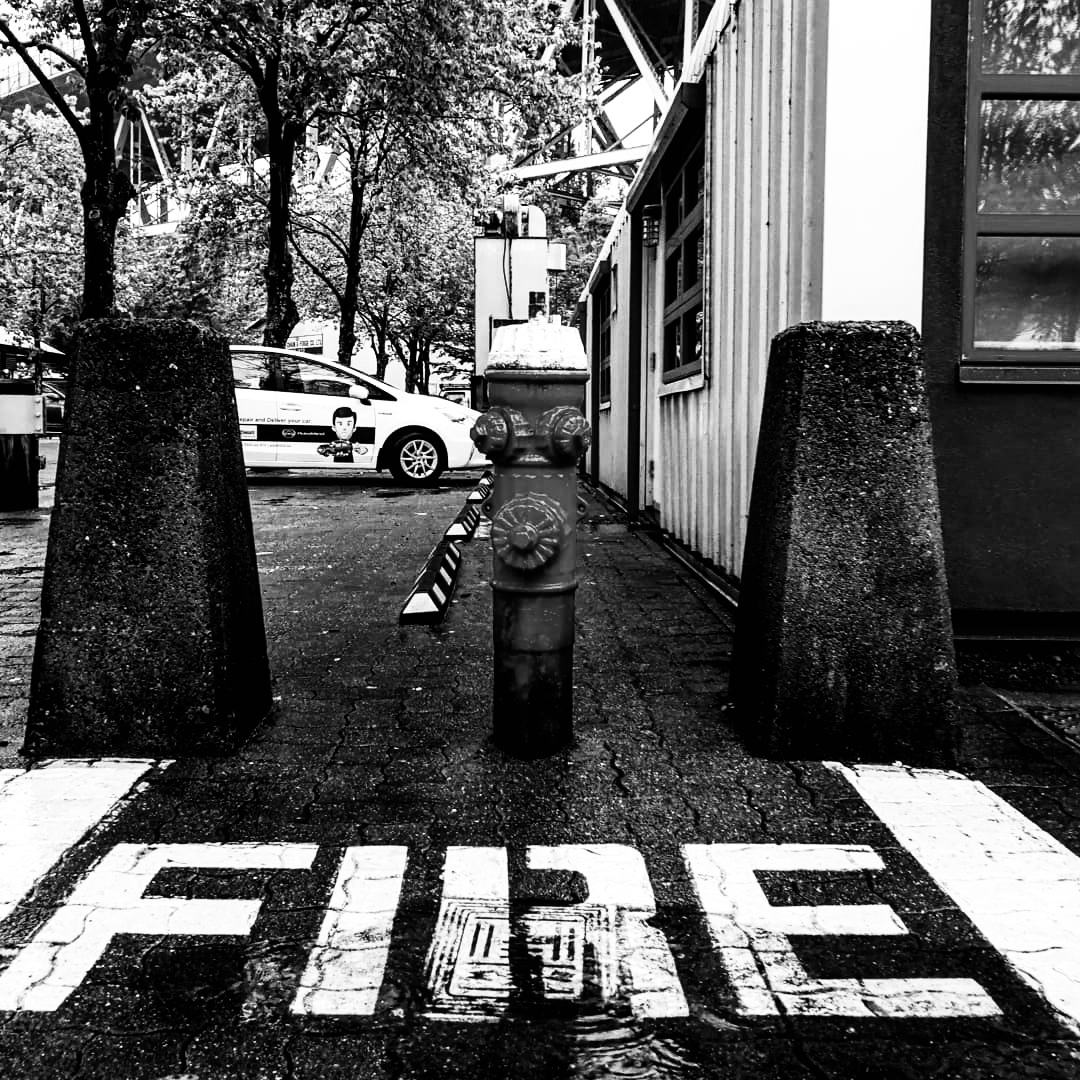 These are short interviews with designers, manufacturers, artists, and residents who use the tiny bits of urbanity we generally call street furniture. This interview was conducted over email and edited for clarity.

I’m a step-dad and a mailman, living in Winnipeg, Manitoba. Some years ago, I was speaking with a friend who claimed only Winnipeg did fire hydrants correctly, by painting them red. I lived in Vancouver at the time. I thought fire hydrants in Vancouver proper were painted red, and went on a walk and took pictures of a dozen or so and sent them to her. What I realized from that little experiment was that fire hydrants are all slightly different and because of the valve placement, two on the sides like arms, one on the front like a face, they naturally anchor themselves in pictures. I travelled a lot for work in those days, to cities and small towns, so I started taking pictures. I have hundreds of images of hydrants from over the years and only started my Instagram account in 2018.

I enjoy the ubiquitousness of fire hydrants. They’re stalwart. They hide in plain sight, begging to stand out when their moment arrives. It’s an interesting piece of street furniture in that way. It blends in because it doesn’t need to be seen all the time, and it serves a purpose at a time, not all the time.

If there were some kind of fire hydrant standard shape, I think the series would work just as well because the background always changes. It amazes me where some hydrants get placed. The uniqueness of the backgrounds is just as alluring to me as the different colours, styles, and manufacturers of hydrants. It’s almost as if it’s the same hydrant over and over, just in a different place, waiting to be noticed.

I don’t know if I have a favourite hydrant, but I like the odd ones the best. A good standard fire hydrant is good, but the age, paint colour, amount of rust, graffitti, all kinds of things can improve the hydrant’s aesthetic.

I used to live in Vancouver and they have standard red hydrants, but there are also blue ones. The blue ones are a sea-water network of hydrants that is intended to act as a backup system to the red ones in case of emergency. Which is somewhat neat. I don’t actually learn that much about fire hydrants, I just shoot ’em.

Besides fire hydrants, I like electrical boxes. Benches can be in nice places sometimes, but electrical boxes are out there hiding, not wanting to be seen. They have warning stickers on them, this kind of thing. I was in Toronto last May and I came across an electric box under the Gardiner that was open. It had been opened like a chest that needed to be cracked to perform surgery. The things guts were all tangled, it was a rat’s nest of cords and wires. I regret not taking a picture. Seems silly, but that kind of thing isn’t supposed to happen, and a crew would be sent to close that box up before too long. You have to take the picture when you see the interesting moment or you can lose it.

Every city has its issue, but I think the big issue facing cities right now is affordable housing. We need to build more hotels, ban AirBnB, and return the cities to working class people. Take Vancouver for example. I loved living there. But now, renting apartments is unaffordable. AirBnB has taken many suites that could belong to working families, and driven up the rents. Does Vancouver want to have people to work in its coffee shops? Is it okay that people need to work three jobs just to survive there? No, and what’s missing is rental housing. What are cities lacking these days? Ironically, homes. Cities need more hotels and more rental housing.

Teaspoonawareness doesn’t mean anything and Firehydrantawareness would have been too on the nose. I was just riffing on awareness and something that gets taken for granted, like fire hydrants. I bake cookies quite often. Teaspoons. I don’t know. I like absurdity, okay!

Thank you to Matthew for taking time for this interview. Please check out his Instagram @teaspoonawareness. There his photos are in vibrant color.