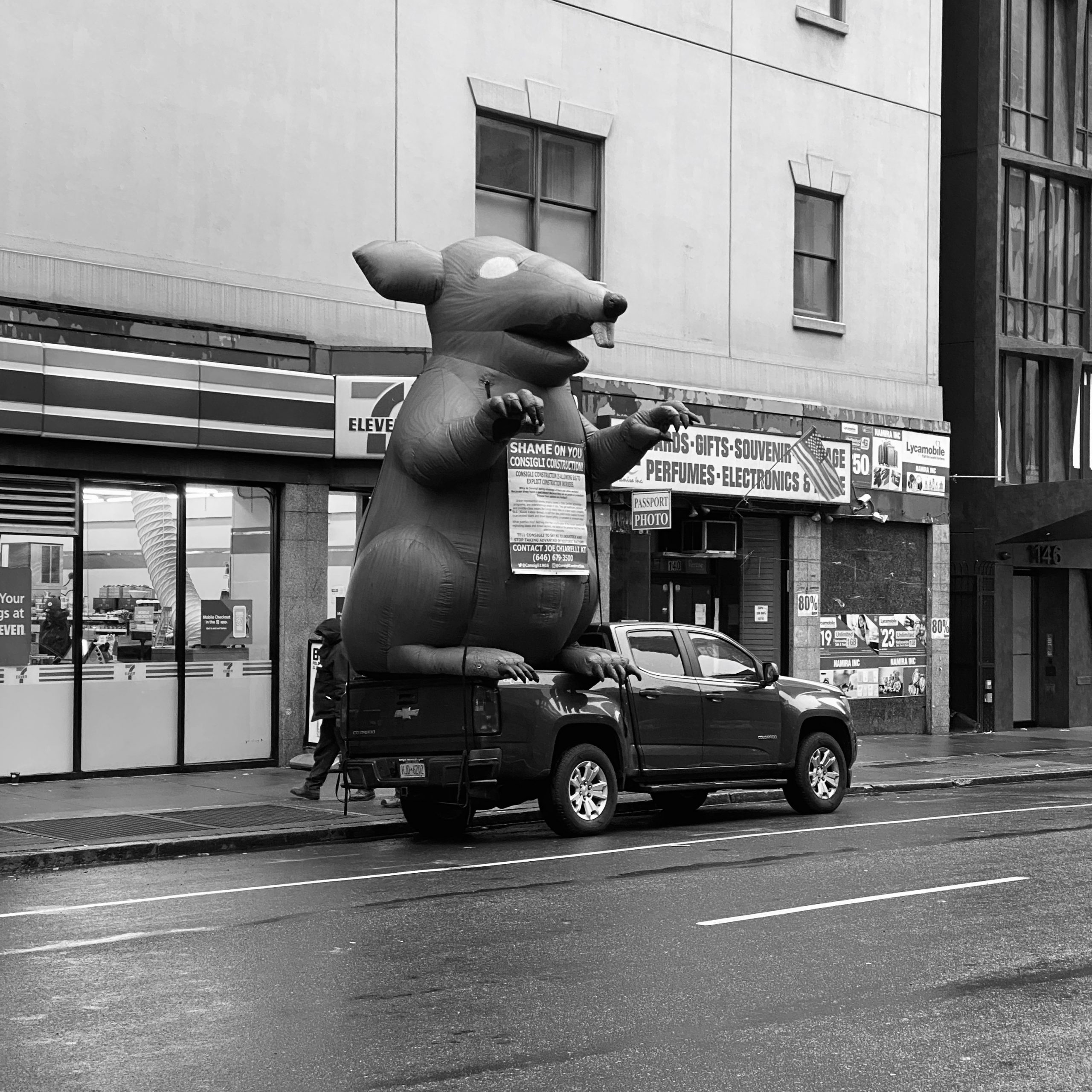 One of my favorite things found on the street – mostly found in NYC but also in major union cities – is Scabby the Rat. Inflated outside construction sites or outside the offices of companies which the union has an issue with, Scabby sits there for a day, then goes home. There are also at least four sizes of Scabby the Rat ranging from 8 to 25 feet produced by Big Sky Balloons and Searchlights, the self-proclaimed creators (with some receipts to prove their case). Much like who invented the skyscraper, there is some argument on who came up with Scabby first: the story goes, Chicago did it first, but then New York did it more, and better.

Classifiers have suggested the following taxonomy, based on observations:

Of course, more study must be completed before Scabby the Rat’s page is finalized. Stay tuned.