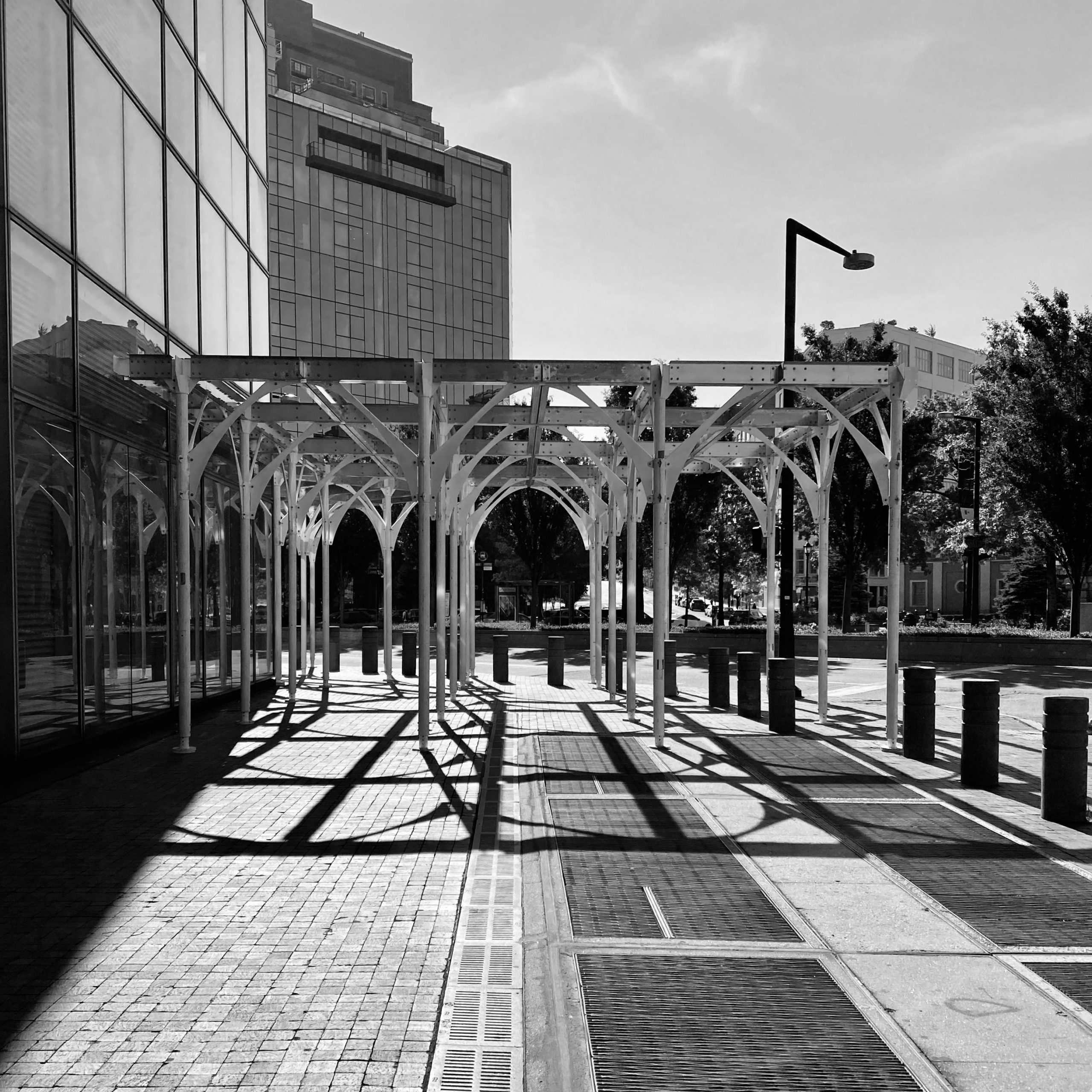 Construction creates new rips in the urban form with Protectus dolium (Orange Barrels) or Protectus conus (Common Cone) often found at the jobsite. Local laws require a sidewalk shed (also known as bridge) constructed for the duration of the work. The Urban Umbrella has come to Court Square. The duration which sometimes lasts for a long time:

One building on Edgecombe Avenue in Harlem has had the same work scaffolding up for more than 13 years. Another nearby on 115th Street has had one up for nearly 12 years.

Even the Department of Buildings’ own office on Broadway is a culprit, as it has had scaffolding up since 2008.

The worst offenders are rental buildings where landlords leave scaffolding in place indefinitely because the $1,200 a month it costs to rent the structure is cheaper than doing a $200,000 repair on the building.

How the scourge of scaffolding is ruining New York City

One Court Square, formally known as the Citiroup building, is undergoing changes as Citi (the main tenant) has moved out. In Court Square, Queens, a new installation of the Urban Umbrella rises. The Urban Umbrella is an alternative to the general green steel pipe, with 2×12 wood and plywood roof. Constructed out of white painted steel sections, the system aims to be a better urban resident, but providing lighting options, and a cleaner visual appearance.