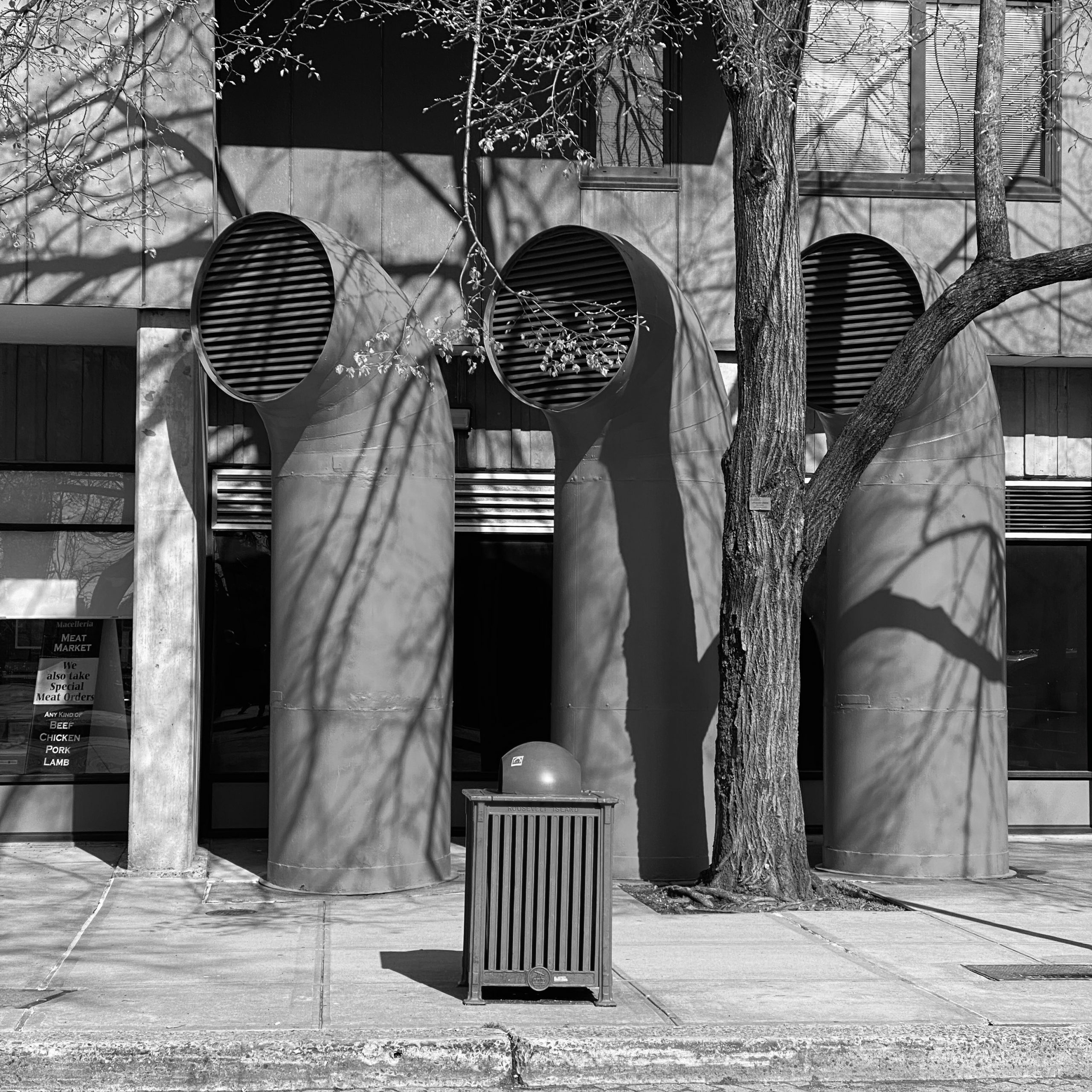 Roosevelt Island is an interesting experiment in Mid Century placemaking: owned by the city but leased for a century to the State of New York, Roosevelt Island is an island amongst island boroughs. The urban plan was developed by Philip Johnson and John Burgee, and was executed when concrete and brightly painted steel tubes were en vogue.

So to have a bright red trash bin wouldn’t be out of place within this context, but the design of the bin is decidedly out of character with the surrounding buildings. It isn’t jarring, but the fluted perforations, with the little fiddly bits of cast iron detail is at odds with the surroundings. The tiny aerial tram logo on a bin located anywhere else would be a nice tiny detail. But in a context devoid of figural representation, and a sea of concrete and sans serif typefaces, this bin falls flat.

Luckily the bins are generally placed at street side, away from the street walls, but when they are juxtaposed with brightly painted tubes, then the context collapse is complete.

The bins are recycled cast iron, so the lifecycle cost is lower than mining virgin resources to produce these bins. And they appear to have been around for a long time, so they are quite durable.