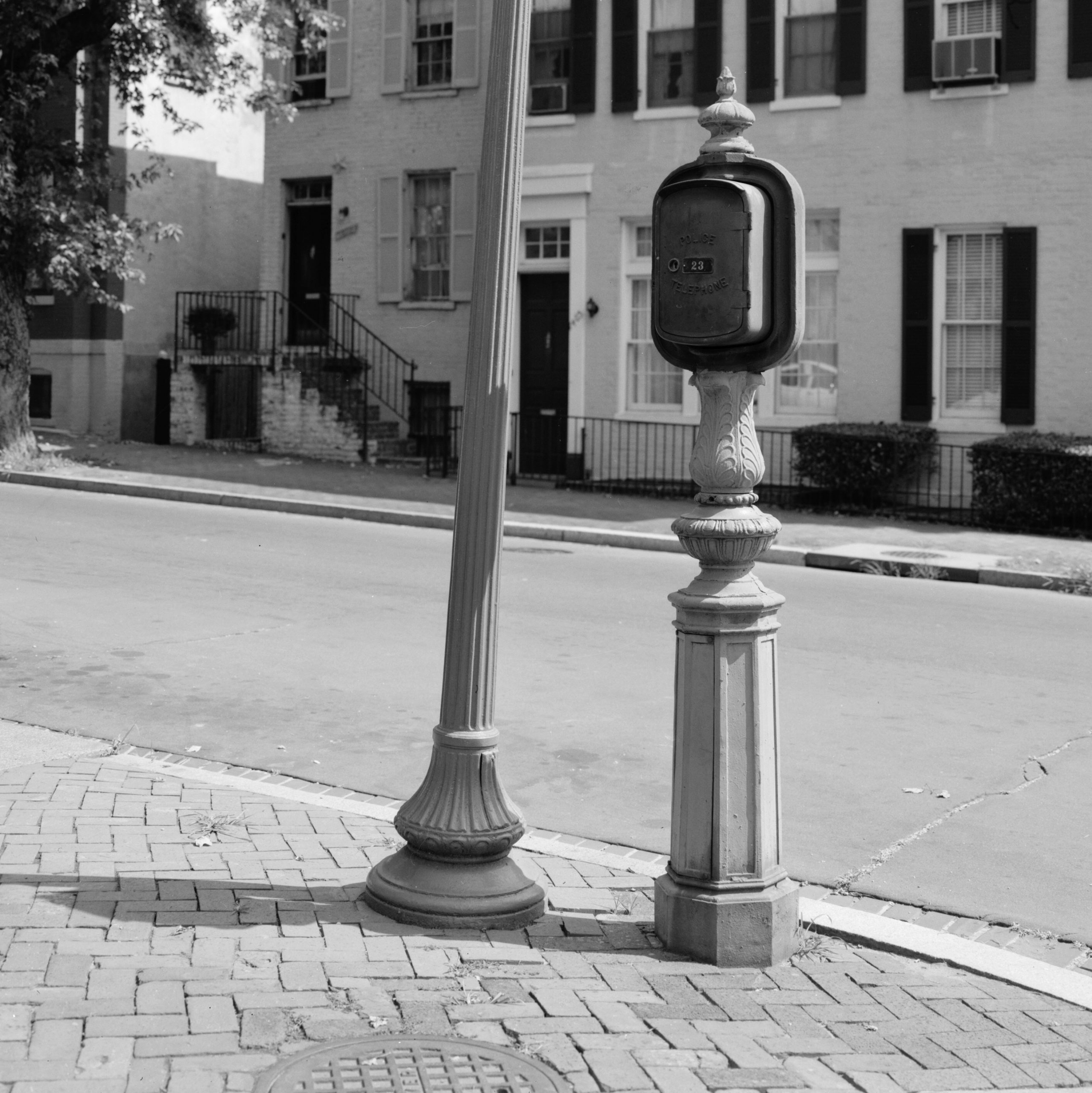 The Historic American Buildings Survey is part of Heritage Documentation Programs (HDP) is a division of the U.S. National Park Service (NPS) and came about during the Depression as make-work projects for out of work photographers, engineers, and architects. These programs continue to this day, now with student–led teams working in the summers for course credit.

The three surveys – HAER/HABR/HLS –are amazing works of documentation performed last century throughout America. The Library of Congress continues to scan and upload photographs from this survey, making these three surveys invaluable for research.

This modern call box, placed in an opening in the U–shaped upper bracket, is supported on a columnar circular base on which a shield reading “Electrical/D.C./ Dept.” is attached to the south side. The text is enclosed in a palm wreath. At a height of 29″ on the base is an acanthus band. The bracket which holds the fire box is also decorated with acanthus and is supported on a bulb of acanthus with a base formed by a wreath of bound bayleaves and berries. At the top of the bracket is a modern extension pipe 27″ long with a light at the end. Old photographs show that this pipe replaces an extension which was taller, fluted, and terminated by a capital which supported a spherical globe. Below the bracket the lower portion (50″) is painted gray; the bracket (25″ tall) and fire box are painted red; the upper extension pipe is also gray. The total height of the unit is 8-1/2”. The base of the pillar Is about 19” in diameter. Many coats of paint have made, the features of the cast iron much less distinct.

These records were made in 1969 during a project to record 14 structures and a group of 16 items of “street furniture” in the Georgetown section of Washington, D.C.. The project was conducted by the Commission of Fine Arts with the cooperation of the Historic American Buildings Survey. The resulting documentation was donated to HABS by the Commission and published in 1970 in HABS Selections Number 10, Georgetown Architecture: Northwest Washington District of Columbia.